How to Pay a Compliment... 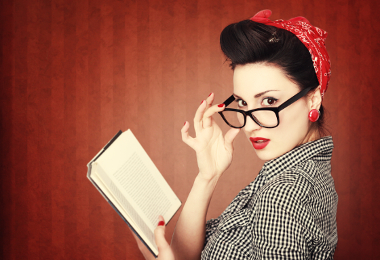 Compliments are beautiful things, but they do have to be given correctly, because a badly given compliment can have you face-palming for hours, days, weeks - even years if you have to see the person on a regular basis and they’re good at holding a grudge…and ain’t nobody got time for that! So we’ve put together our five top tips for giving a compliment.

First … be specific. ‘You look nice today’ is all well and good, but you could say that to every second person and after a while it would stop sounding like you mean it. It’s best to find something you really like about the person you want to compliment, be it their hair, their eyes, that they have a beautiful smile and it lights up the room.

When you go to give the compliment be genuine. Look the person in their eyes when you tell them what you appreciate or like about them. Don’t run away the moment you’ve said it, give the compliment time to sink in and time for them to realise you mean what you say. Oh and if you don’t mean it, don’t say it. If you don’t believe the words coming out of your mouth, neither will they.

Follow the compliment up with a short and sweet explanation. The ability to explain what is it you like about something or someone without going into ‘backhander’ territory is a skill, but it’s one worth learning and practicing, as it adds a whole other element of truth to a compliment. For example, don’t just say ‘that’s a nice blouse’, take it one step further and say ‘that blouse is a great colour, it goes perfectly with your eyes.’ Don’t just say ‘I really appreciate you’ … not only because it sounds awkward but because it’s not telling a person anything, tell them what you appreciate them for, their cooking, their positivity, etc.

Don’t make it about you. Say ‘I love your eyeliner, that cat flick is perfect.’ Don’t follow it up with ‘I wish I could do that, I’m terrible at doing it.’ That makes it all about you, and that compliment isn’t about you, it’s all about them, so keep it that way.

Time it right. There are times that you’ll really want to compliment someone, like you’re in a meeting and you’ve just noticed the amazing bracelet the person you’re meeting with is wearing and you’re bursting to tell them. Stop. Hold onto that compliment. In the middle of a meeting is not the time or place to give a compliment, it can demean the purpose of you being there. However at the end of the meeting when you’re shaking hands and doing your farewells, then would be an appropriate time to throw in a ‘by the way, that’s a fabulous bracelet, those pops of turquoise are beautiful.’

Of course while you should never give a compliment in the hopes of being given one back, a person who gives a compliment does receive something in return – and that’s the divine side effect of happiness, because there’s nothing nicer than knowing you’ve made someone’s day.

So, are you a fan of compliments? Do you wish you could give them but shy away from doing it in case you put a foot in your mouth? Should we make it a BR goal to make the world a happier place by giving a compliment a day? Chat away …

Fabulous article and great advice. Giving someone a compliment is a great way of uplifting everyone's energy :) I can onyl say something if I truly feel it, but I try to look for something in everyone.

I LOVE this post so much! I think if people did this more often they would feel a lot happier themselves. I certainly don't give compliments to get one back and would never expect one. I do think that it might make someone's day that little bit brighter and if nothing else you've made someone happier and they may even be having a super crappy day. What a gift it is.

I love giving compliments to people I don't know (and people I do know too!) - If I see someone wearing something, or a tattoo or something I like, I always say "I love that dress, the colour really suits you" or "love your ink, where did you get your work done?". I find it always makes someone smile giving compliments, love it :)

I often give compliments but only if I mean it. Why not boost someone's happiness, it's better to look for the positive than the negative and brings a positive vibe to the atmosphere. I guess I've been guilty of saying that I wish I could do that etc but I'm not trying to make it about me, more like saying how good that really is. In my job I love chatting away with people especially the aged and giving them a compliment. Well it brightens their day and a lot of them live on their own so why not make it enjoyable. It's win win :-)

I will definitely compliment someone if I see something I like. Myself I get awkward when people give me compliments lol.

Nice article. I must admit during a boring work meeting I yelled out I liked someone's top hehe

Yes especially with my friends and family. I think role modelling this behaviour is good for my kids to see also.

I think I compliment people regularly.

Compliments are great, I mostly see them as mood boosters, sometimes it can really make someone's day. 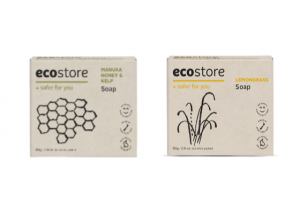 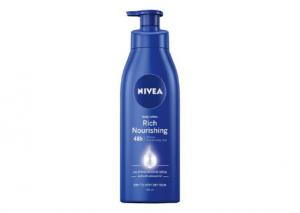 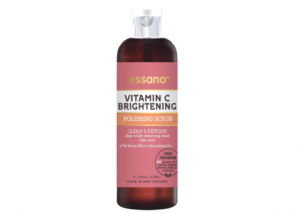 2
essano Vitamin C Brightening Polishing Scrub Reviews
view more reviews
NBR #dinnerchat
Lisa-Lou says: Another miserable day so doing some kitchen things. Garlic, herb and cheese loaf baking in the bread...
Plans for the weekend?!
Lisa-Lou says: Oh Maree that's a shame! Freezing here today. My man is stuck in Chch so hopefully the rd opens late...
NBR #dinnerchat
tabucutie says: Oven fries sound good and homey and perfect for this rainy weather. Had dinner at a colleague of hu...
Programmes to binge
tabucutie says: Not yet lisa. It's on my list of things to watch though. Watched 3 movies this weekend while relaxi...
view more forum posts

Featured Review
View Profile
annanguyen
Best Brush I Have Ever Used!
Thanks for choosing me in this trial, I’m grateful for this as I LOVE this brush. This… more »

YOU CAN SHOP THE BEAUTY VAULT WHENEVER YOU LIKE!

The Beauty Vault is now open every day so you can earn Beauty Points and exchange them for full sized products whenever you like!