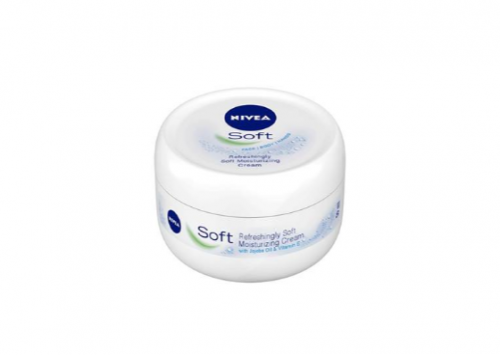 Use NIVEA Soft on face, hands and body.

tabucutie
0 members found this review useful
Like The Little Tub

Gifted a 50ml tub. I like the tub, it's a cute size and would be perfect for travel. Highly scented, not a fan of this smell. Cream is a lovely texture which is absorbed fast. I used this for full body moisturizing. Like the feel and the soft skin results while using this product.

I like my moisturizers to smell nice, and I can't get past this scent. Will not be purchasing.

Was after a super cheap moisturiser for on the go. I grabbed this as it was very cheap. I was so pleasantly surprised by this.

It is small and portable. I do like the jar and it’s nicely designed - not too colourful or ugly.

In terms of formulation I was surprised - it’s nice and creamy, rather thick but it’s so smoothing and soft. It’s such a light formula that’s easy to spread and buffs the skin. It is such a smoothing and soft cream for the price you pay.

I would definitely use again and have handy.. it’s probably not as long lasting as I would hope for.. and the scent to me is not my favourite, probably too strong for my liking but for the price and result it’s not to bad a buy.

If I could give this product more than 5 stars, I would. This product became my holy grail last January. I have typically very oily skin, I’ve known how to combat this for years, until January. I woke up to dry and nasty skin. I was totally freaked out, my regular moisturizer stopped working for my skin. It couldn’t fix it. I searched high and low for a moisturizer that I could use. Forums and more forums, browsing for someone who had gone through the same problem, until I found this product. This Nivea moisturizer is my HOLY GRAIL. It is the only moisturizer I can use. It is super lightweight, isn’t too fragranced and makes my skin feel rejuvenated. I have gone through 3 bottles and just repurchased another 3 bottles. They are super long lasting, a good squirt goes a long ways. You can pretty much make a pack of 3 last almost a whole year before you have to repurchase. It’s inexpensive and well worth the purchase. My skin wouldn’t be the same without this moisturizer!

maybe thats just me. but i really feel like if you want to make something the buyer wants... scent it with something that doesnt smell like sunblock.

the other scent i get is old lady, which is a lovely hint of baby powder with a smack of a floral that i can't quite place. it's really just not for me.

its a great moisturizer though, just not for my hands as it makes them even more dry than before so i have to apply more and that just defeats the purpose. it does absorb really quickly though so i guess i can't complain too much there.

Have been using this moisturiser on and off for years. Love the subtle scent and it’s thick, creamy consistency. Doesn’t feel heavy on the skin and is super affordable. Leaves my skin being hydrated every time

My mum has been using this for years so naturally when I was younger I started using it. I use it everyday .i like that's it's good under my makeup. Just maybe a little greasy as the day goes on. But apart from that Its good.

I do not use it in my face because I have already tons of products in my face. I love this to moisturise my body after a warm shower. The scent is so light. They said a good moisturiser should be thicker to provide good moisture. It absorbs quickly in my body and not leaving a sticky feeling in it. I use this one daily and give me soft skin.

Tips: I also use this in my foot and put socks overnight. It feels you just came in foot spa in the morning.

Love you tip thank you.

i liked using this when i was a lot younger as its cheap and easy to access at local stores, although now i am older i have upgraded. this product is great for any age! i just found it was time to upgrade

I got this in a pack of four.  It comes in a cute 50ml pottle. It has the classic nivea scent which I love, it is not overpowering at all.

It is lovely and thick, exactly what I want in a moisturiser. It says it can be used on the face and body. I have used this all over and thankfully got no irritation on my face, I always have to be careful as my skin can be very sensitive.

It leaves my skin feeling hydrated and soft. It is great to use after shaving your legs. I would definitely buy a bigger pottle. I think it is a great affordable moisturiser which does what it should.

An easily accessible, affordable product! Very thick, yet lightweight product that left my skin very moisturised. Absorbs well into my skin, and doesn't leave an oily texture on my skin which is what happens (personally) with some thick cremes. A compact design of the product too which is perfect for travelling or on the go! 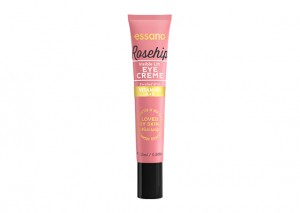 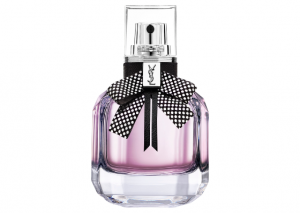 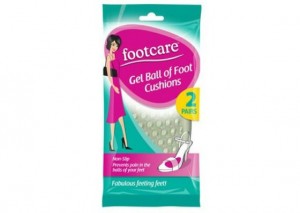 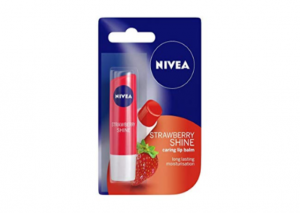 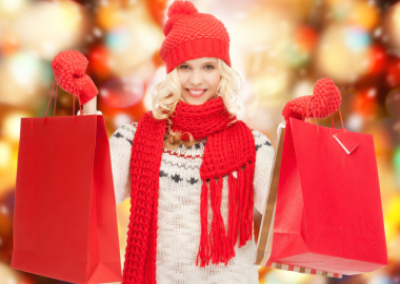 Featured Review
View Profile
Macs
Sweet Symphony
I picked this up from Price wise when they were having a clear out of mid year fragrances. Fragrance is one… more »