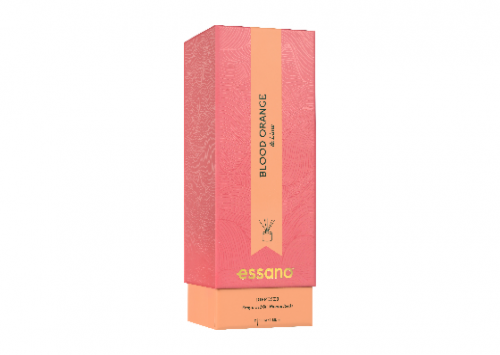 The energising fragrance of Blood Orange is combined with refreshing Lime, to create a sweet citrus aroma that will inspire summer, all year round.

Gave my friends on of these for their house warming gift and I gave one to my mum for mother day. Both loved it so much. My friend is already purchased her third one. They are the perfect balance of fragrance in a room. This is my go to for a gift - not to basic but not to expense either. Plus there are a lot of different scents available to be able to persoanlise the present.

Tips: Make sure you flip the sticks every now and then to keep the smell vivid

Long lasting smell and they all smell great its hard to pick just one! Really lovely and makes a sweet gift when you're not sure what to get.

Essano's diffusers come packaged in a sturdy cardboard box which holds the round glass jar with the golden scented liquid, and a set of wooden reeds / sticks to use in the diffuser.

We love having a diffuser in our bathroom, but this one was a little disappointing. We could smell the scent in the bathroom and down the passage for the first three days, and then the scent began to fade. By week two, we could only just smell it in the bathroom, and by week three, it was as if the liquid had lost all it's scent, even with us rotating the reeds often to try refresh the strength of the scent.

When I bought a second one, I kept the bottle from the first and just decanted about a quarter of the liquid into the old bottle before popping the new reeds in there, saving the rest of the liquid in the new (sealed) bottle. I then topped up the liquid whenever it began to run low, and this seemed to keep the scent stronger for longer. It's a bit of a pain, but it does work better than having a full bottle sitting there slowly losing it's smell before the liquid has evaporated.

Tips: If you're buying a new one, keep your old bottle and just decant some of the liquid to keep the scent going for longer.

Really nice. I like how the smell is strong but is not harsh so I use it in the living room and the scent doesn't put anyone off. Its got subtle tones of lime which is a little different and I really like that because my home smells more unique than other places i've been.

This is the second diffuser I brought from Essano. My daughter said buy the orange one and I’m so glad I did! The smell is amazing and gives the house such a lovely fresh orangey smell.

It comes in a very cute box that is pink. Such great packaging.

The diffuser is so stylish and looks lovely on my kitchen bench. The smell of this orange one is much more scented than the other orchid one I have.

The design of it is really nice with it’s clear see through bottle. It suits any decor really!

I really like this diffuser and it’s the second one o have brought from Essano. This orange is definitely my and my family’s favourite!

This is my favourite in the range. The scent is not overpowering and creates a lovely aroma in the room that is refreshing and sweet. Out of the three in the range you are bound to find one to your liking. These are value for money especially when on special and last approximately three months.

Tips: If you want the scent to be more mild just use one stick or let all of them absorb the fragrance and add one in a vase in an adjoining room to spread the scent around.

I've always loved Ecoya diffusers from Farmers for their classy bottle and fragrance, but I might just have found a cheaper and equally beautiful version! I got the french pear candle in a BR vault many moons ago and loved the smell so much that I decided to try the diffuser when I saw it on sale at Countdown.

It smells exactly like how a freshly picked pear would smell: juicy and fresh! It's sweet but not cloying, and makes my room smell like a sunny orchid full of fruit trees. I usually prefer to have floral home fragrances but this is an exception! This does seem to be a bit weaker than some other brands so I put in an extra pack of diffuser sticks and that seems to boost it a bit. For the price I'm definitely loving this and would repurchase!

Kat555
0 members found this review useful
Best fragrance ever in a supermarket!

I had previously seen these candles and diffusers in the supermarket and didn't look twice. To be honest I thought they would be pretty rubbish being from the supermarket. However, luckily for me I was gifted one. I thought I'd give it a go anyway. I was so blown away by the a lovely scent and would even go as far as saying that it rates amazingly well with the more expensive higher end brands. I love that when I come home I get a lovely gentle fragrance that makes my house just smell nice and inviting, which is a welcome change to dogs and kids making 'smells'!

I started purchasing this from my local countdown about 8 months ago. I love the scent! It is sweet, fresh and quite simply stunning. It is definitely not overpowering as it gently fragrances the room. The packaging was what first caught my eye - in a beautiful tall box with a soft pink colour. This product was really simple to set up and is a good size as it lasts at least 3 months. It is a good price - I paid around the $20 mark on special. This is one of my must have household items.

I picked mine up from countdown I purchased two . One for my lounge and one for my entrance hall way hoping I would get a great scent .

Packaging comes in a box . I opened it to find a clear glass jar with golden liquid oil with sticks .Its smells more floral. I was hoping the sweat pea would shine through stronger but no . I found the scent strong in the first 3 days . After 3 days I notice it seems to die down . I rotate the sticks every three days to rotate the scent .

I was overly hyped on this one . Actually my partner convinced me to buy it . I’m regretting buying this scent . I wish I went for blood orange or french pear . It’s good for a short time not a long time . 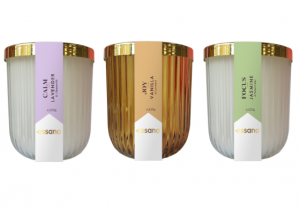 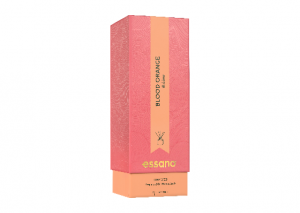 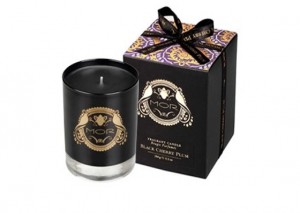 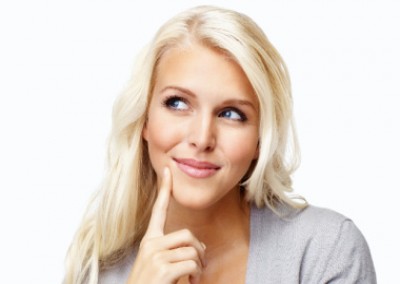 view results
Featured Review
View Profile
tarina_t
Resurfacing gel face wash
This is a beautiful smooth clear gel face wash with what i would describe as a medium consistency.… more »

Last month we sent out the Olay Collagen Peptide 24 Serum and Moisturiser to reveiwers - the results are in and it's safe to say we'll be sneaking these into our trolleys when we're next buying groceries!

We're giving two of them away - all you need to do is tell us which product you'd most like to win...how easy is that?!