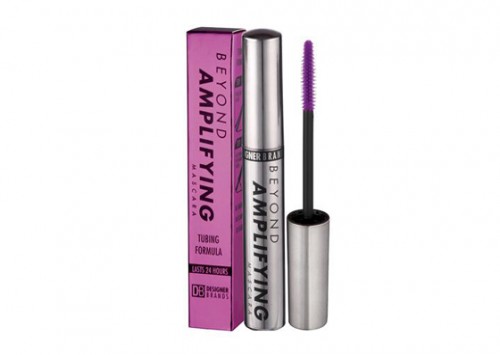 Hi-tech tubing formula coats and sets each lash in a tube to build and transform with just one application!

Not only will lashes look lusher and longer, but they will be super-healthy thanks to the Pro-Vitamin V5 formula enriched with Keratin, to ensure that lashes are conditioned and in top shape.

Love everything about this mascara. Totally affordable, never smudges or drys your eyes out. Little teensy bit of work to remove but i love how it little tubes come off and not trying to wipe off panda eyes. It doesnt give me gigantic fake lash looking lashes but thats why i like it as im not a fan of that kind of look, just light coats to darken my lashes but stay natural almost. Great product and always repurchase when i run out.

I got this mascara as part of my student pack at polytech last year. I haven't really used it until recently and I am amaaazed at how good it is.

Firstly it comes in a groovy pink box with 'Beyond Amplifying' in big print and the DB logo in small print.

Inside the box, the product is in a flash silver case that looks more expensive than it is.

The top unscrews and the wand is attached to the lid. Easy.

The wand has very short thick bristles. Each stroke delivers a good volume of product to the eye lashes, and I swear, my lashes have never looked so long with any other mascara I've used in my make-up life of nearly 40 years! There is a little bit of extra product, but this is easily brushed off with an old, dry, mascara wand.

It lasts all day and doesn't smudge or run.

I do, without hesitation, recommend this mascara to others to try. And such a great product for $15? you cannot go wrong!

taniawaddington
0 members found this review useful
Great to wear and easy to remove.

I was on my way to work and realized I had applied all my makeup but forgot to apply mascara and just could not shake off the feeling that my foundation coloured lashes looked non existent. Running into the pharmacy on the way to work, I purchased this mascara for a steal of only $15 but was dreading putting it on when I got to my car. This is because Im quite particular with mascara.

Opening the box I find a silver mirror mascara tube with a brush that has short rubber bristles. Once I had seen the mascara brush I calmed right down as I don't like the bristle mascara wands. I then went on to apply the mascara. I have naturally long lashes so added length has never been a concern for me. I was going for the fuller thicker factor. To achieve that I had to apply it 2-3 times as I thought just once looked too natural. When building up the mascara, I found you need to do it quite fast as it sets pretty quickly.

Alot of mascaras, waterproof or not, smudge or transfer around my eyes particularly on my lower lid even though I dont apply there. Even though I didn't notice on the box if it was supposed to waterproof or smudge proof etc, at the end of the day I didn't look half panda which was great. There was also barely any clumps and when there was, just a couple strokes over the clump was enough to remove or spread it out.

What was even better was the removal. Ive never removed an easier mascara. My normal face wash was enough or even just water from having a shower was enough. After a minute or so of being under the water you could literally roll or slide it off your lashes and it would come off like tubes. The first time I thought I my lashes fell out because of how the mascara was shaped when I removed it. But no, no lashes were damaged in the removal process. Now I have fun with it.

I do enjoy this mascara. Love nearly everything about it., Id recommend this mascara to anyone.

Designer brands have great products at an absolute steal and this is no exception. I find that this is not a thickening mascara but provides great length and hold and doesn’t smear or smudge with my watery eyes- which tubing mascaras are brilliant for. Better yet it comes off super easy with a bit of water. I will absolutely repurchase as this is a great Uber cheap everyday mascara

Intrigued to try this after the posture reviews!

I bought this mascara in an emergency for a night out and have not looked back since. The tubing formula encases your lashes for a fuller appearance, with no rubbing or smudging (even after a 50km ultra marathon) Washing it off with water can be a bit creepy at first as it looks like your lashes are coming out! But it is just the tubes sliding off. Won’t leave a residue under your eyes if you didn’t wash it off well enough, just some small black flakes. A bonus with this brand is that it’s vegan and not animal tested, and it’s affordable.

Tips: Wet a flannel and gently hold it to your eyes for about 30 seconds to soften the tubes before washing. Be aware if you are an eye rubber, the mascara will flake off rather than cause dark smudges, due to the tubing formula. 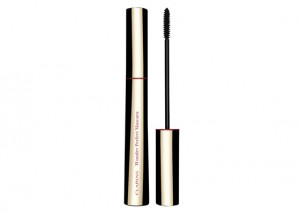 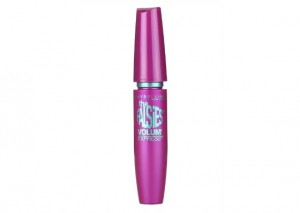