Would You Buy A Celebrity Beauty Brand? 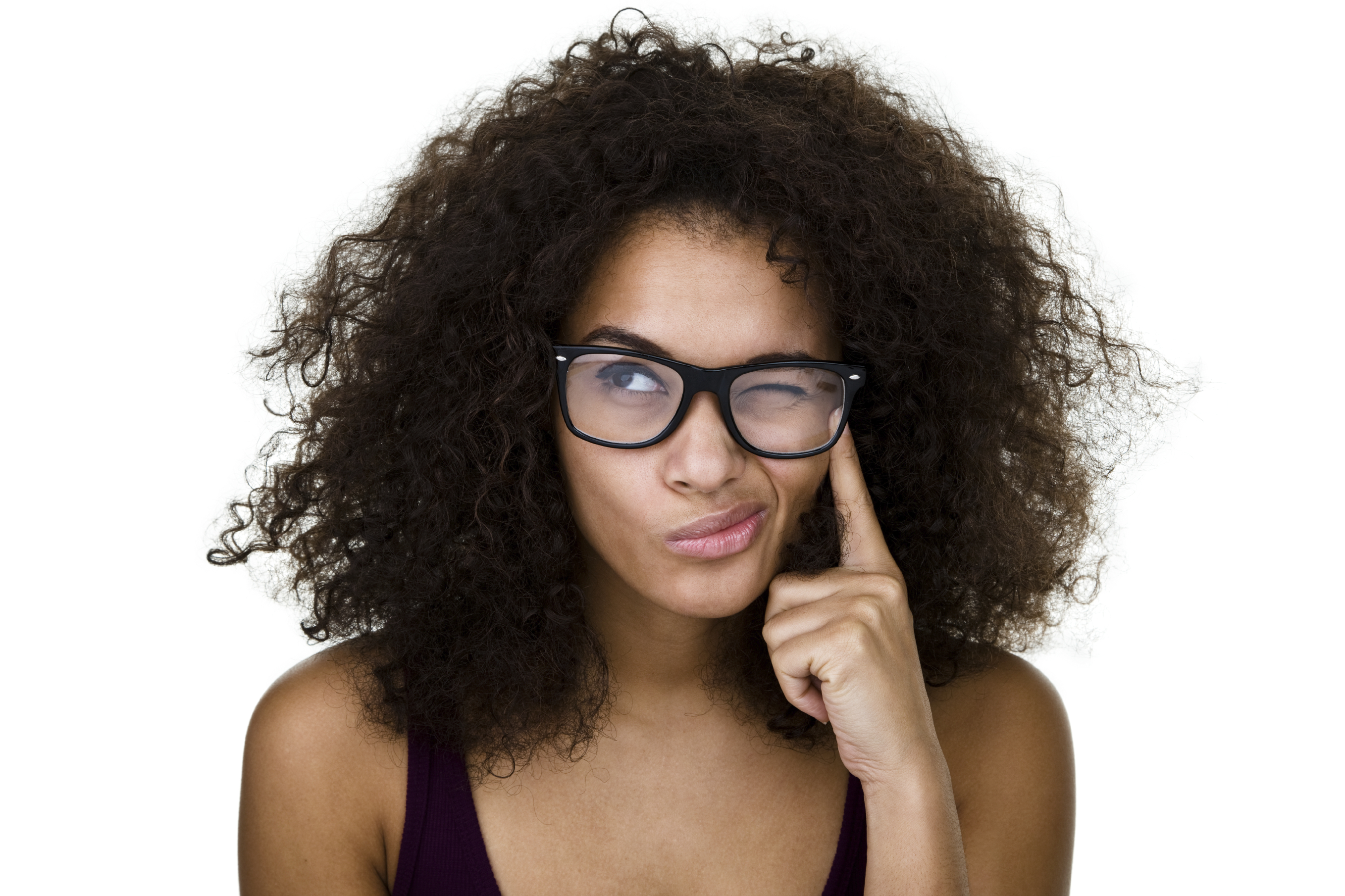 Who is living their best life by buying makeup by celebrity beauty brands? That is the question that rolls through my head as I try to drift off to sleep, as I exercise, as I go about making dinner. Who is splashing the cash? Someone must be, because celebrity makeup brands are becoming the new celebrity perfumes that were so massive back in the early 2000's.

The trend of celebrity makeup brands isn't exactly a new thing. I have vague memories of Jessica Simpson putting out a (now defunct) line out a long while back. Then there's Honest Beauty by Jessica Alba, which is still cracking on. Not to mention Drew Barrymore's Flower Beauty, which goes from strength to strength. I'm sure there would have been others during that time... but they didn't make enough of a splash to stick in my mind... until recently.

You see, celebrity makeup brands are now big business and must be doing big business, because every celebrity and their sister is putting one out (I'm looking at you Kim K and Kylie J), but are they any good... or are they just a quick and easy cash grab?

When I think of a successful line that really feels like there's input from the celebrity, Rihanna's Fenty Beauty comes to mind. It's well thought out. It's cohesive. It's her. And the products I've tried are good! Even better, this brand's no flash in the pan, with regular drops coming out during the year. 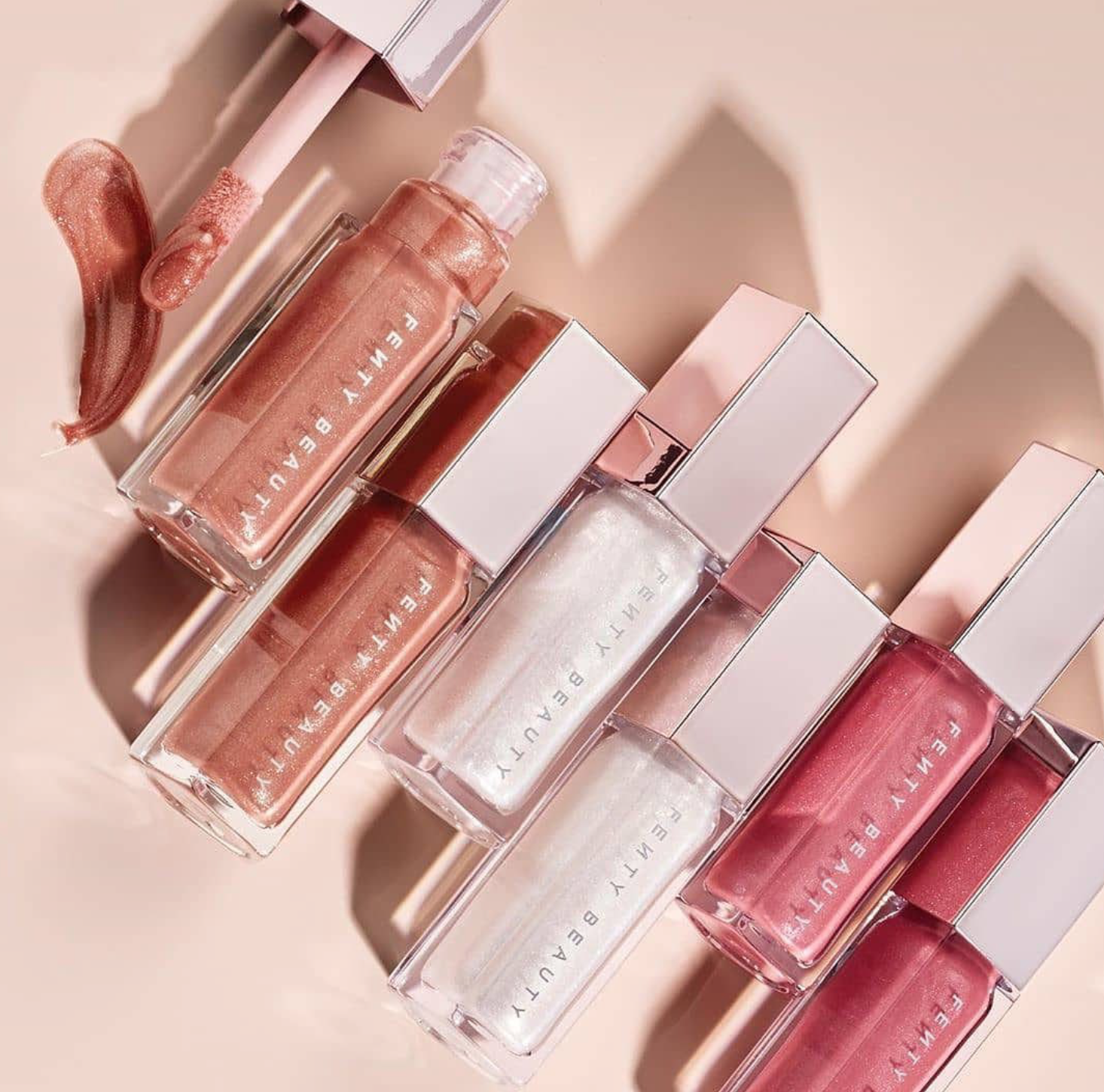 Then there are the lines that just feel like no effort was put in, and the celebrity and their backers were hoping the name would be enough to sell the product. I'm looking at you HAUS Laboratories.

Promoted as being Lady Gaga's line, I was definitely gaga to see it... until it was released, and it felt like a bunch of basic makeup had a name stamped on it and was shipped out. There was no Gaga-ness at all to be seen. Where was the bright? The vampy? The out there? Lately the brand's releases have felt a little more on brand, al little more Gaga, but is it too little, too late? 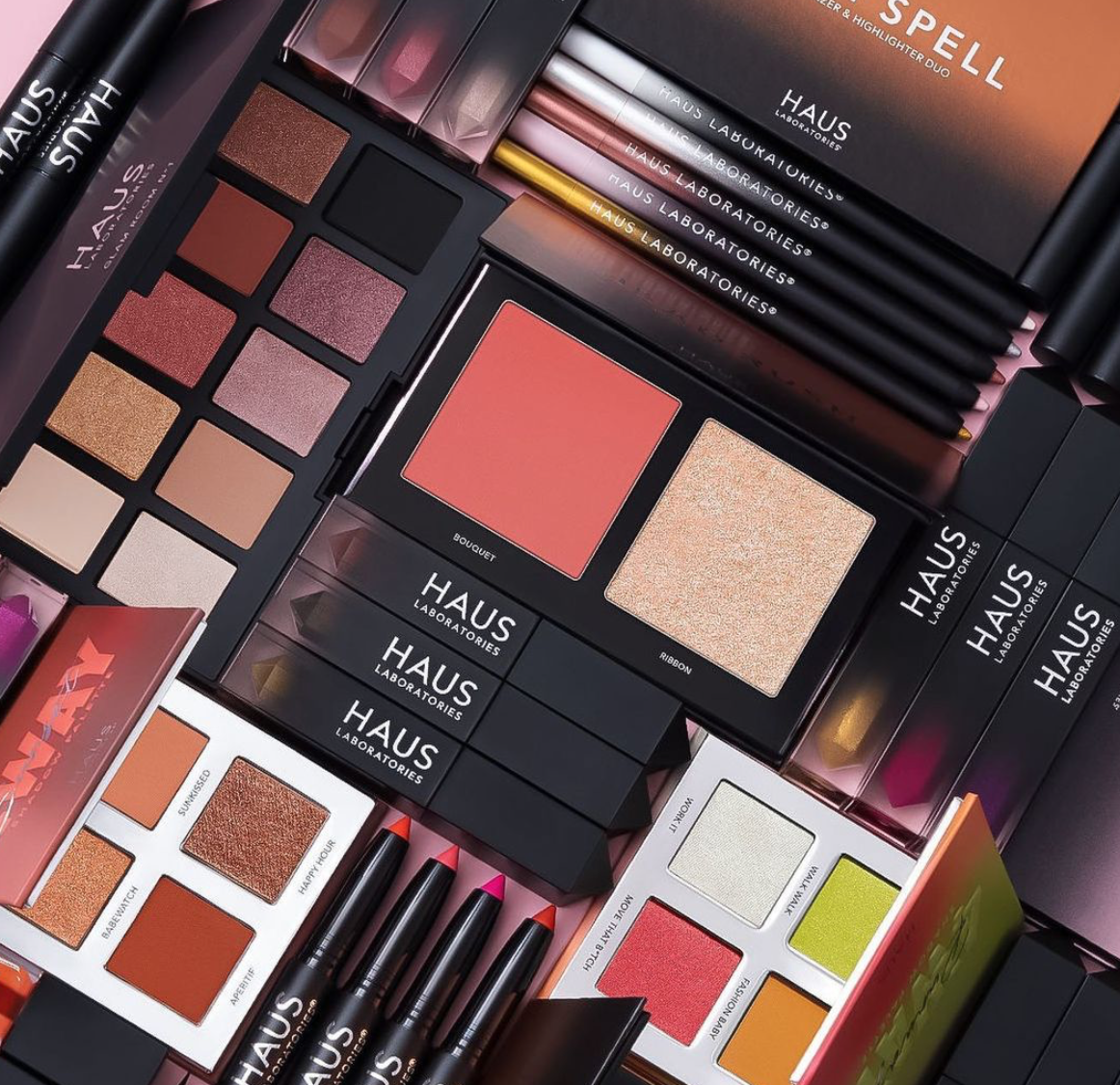 Since then there have been other brands launching, such as JLo Beauty, which makes sense as so much has been made of the 'JLo Glow'. Though how much of an impact that brand has made remains to be seen as I've not heard much about it since its launch.

Then there's Selena Gomez's Rare Beauty. Ariana Grande has just released her own brand called R.E.M Beauty. Alicia Keys has Keys Soulcare, which is produced by e.l.f. Millie Bobby Brown released Florence by Mills. And, most recently, the fabulous Gwen Stefani released GXVE Beauty. A celebrity makeup brand that makes TOTAL sense to me, as when I think about Gwen Stefani I think makeup as much as I do fashion. The woman has never had an eyelash or eyebrow out of her place, and her lipstick style is iconic. 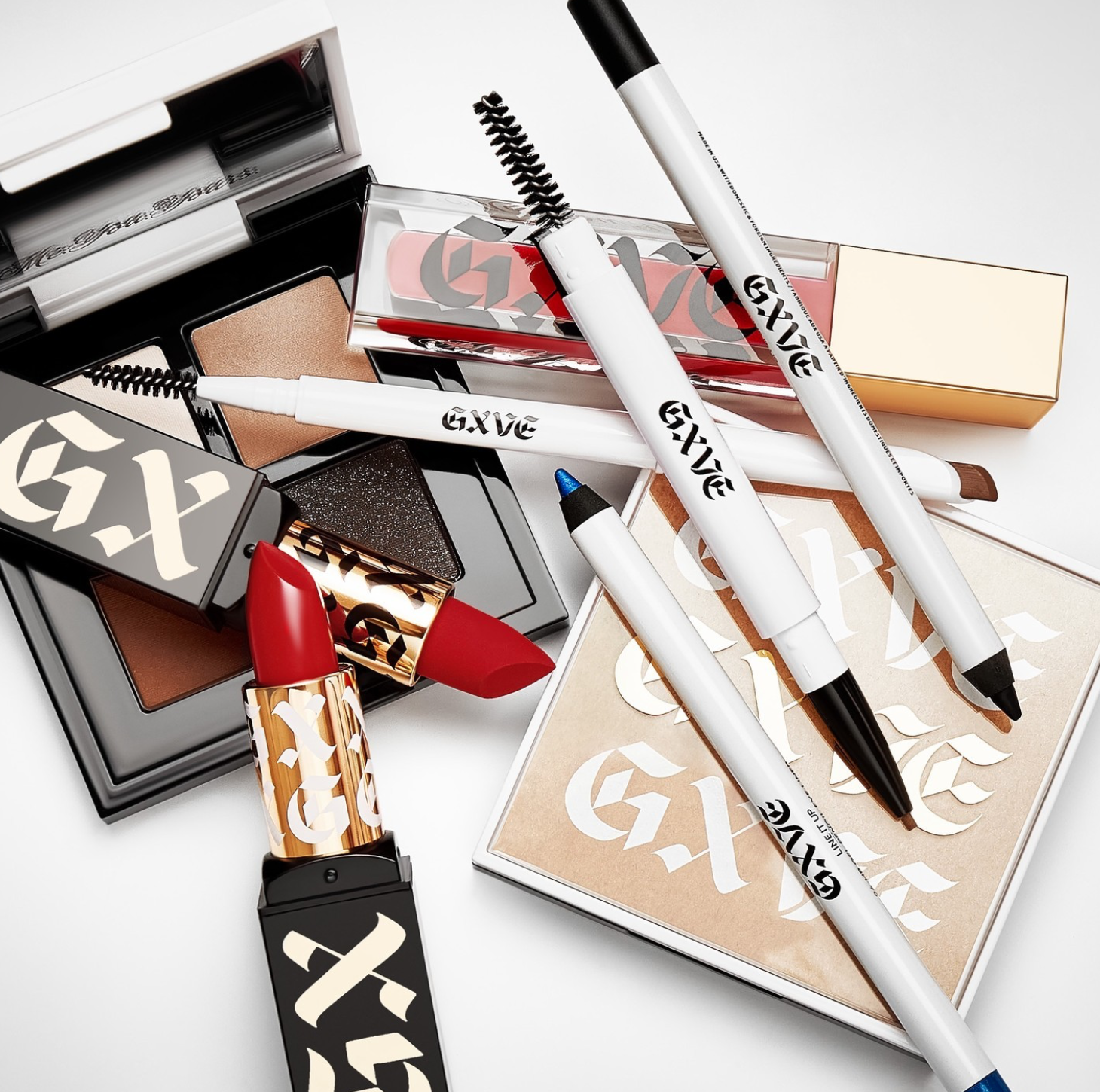 But, it's a lot, right? The celebrity brands mentioned above are just a drop in the ocean of what's available. A quick google reveals so many more, some I've never heard of, even though I've heard of the celebrities who've put their names to them.

So someone must be buying up big to make it a worthwhile venture. But who? And that's my big question for the week...

Are you a sucker for a celebrity makeup brand? Do you have a favourite celebrity brand you love to buy from? Or are celebrity brands a no go for you? Hit up the poll and get chatting below!

Sometimes I might buy into a celeb endorsed colour if its something I would wear.. often it isn't as its usually a pool of vivid colours I wouldn't wear. But I do love celeb perfumes.. still love britney spears pefumes.

The celebrity thing just seems like a marketing ploy to me. I'm happy to stick to the proven cosmetic & skincare experts.

Celebrity makeup not particularly however I do love to try celebrity fragrances!

I wouldn't buy a celebrity brand just because it's a celebrity brand. It would have to be a brand that met my other criteria - ie, affordable and good products. Fenty Beauty sounds great, but is out of my price range. Flower Beauty is a lot more affordable, so I'd be keen to try that - not just because I like Drew Barrymore as an actor, but because I've heard the products are really good.

I enjoy celeb perfumes especially for young people . For make up the Katy Perry covergirl line absolute fail I recon. I’ve tried kylie lip kit it’s good but times have changed matte not really trending anymore . I want to try Fenty Beauty but I’m skeptical. Only thing I want to try from Kim K is the contour kit.

No wouldn't tend to buy something just because it has a famous name attached to it. I smelled the Kim Khardashian perfumes and didn't really like any of them. These people have so much influence over the younger generation, as its the latest thing for them to buy. Tend to stay with the ones I like and know

Not really tried any celebrity brands so far , interesting article though

I find celebrity perfumes tacky. I usually stay away from things like that

I like to check reviews on products or if something is a fair price I will buy it but not expensive make-up because someone has their name on it to me that's just a money grabber.

I would be more likely to read reviews about a product than trust a celebrity line or endorsed product!

So interesting, I've never really thought about this until I started watching Cassandra Bankson on facebook ripping into celebrity skincare routines and their lines of skincare, makeup etc. I would never buy something just because a celebrity endorsed it or it was branded under their name - that's just a slick marketing ploy! That's why I love beauty review - being able to get honest reviews from everyday kiwi's helps cut through the marketing!

Britney and Taylor do nice perfumes but I'm afraid every makeup product I've tried celeb wise is overhyped and over priced. 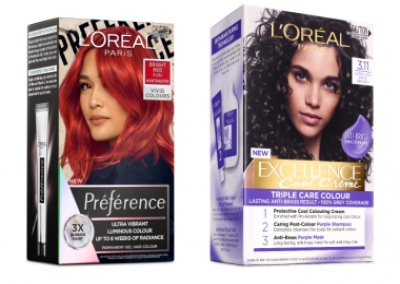 Featured Review
View Profile
tarina_t
Resurfacing gel face wash
This is a beautiful smooth clear gel face wash with what i would describe as a medium consistency.… more »

Last month we sent out the Olay Collagen Peptide 24 Serum and Moisturiser to reveiwers - the results are in and it's safe to say we'll be sneaking these into our trolleys when we're next buying groceries!

We're giving two of them away - all you need to do is tell us which product you'd most like to win...how easy is that?!